“You Appreciated Relics Of Mass Media A Day Ago” > Texts

“You Appreciated Relics Of Mass Media A Day Ago”

10:00 AM, on October 10th 1969, Kim Ku-lim and Kim Tchah-sup sent out a total of 300 letters to 80 painters and 20 newspaper companies; each received 3 letters. In one letter was Kim Ku-lim’s fingerprint in red, and the other had Kim Tchah-sup’s in black. In fact, the black and red fingerprints were originally printed on a single paper, which was then cut in half and sent out over two days. And in the last letter, it was written “You appreciated Relics of Mass Media a day ago”. Mentioning this work, Kim Ku-lim stated that ‘printed media called letter will soon disappear and remain as a relic’ and that he ‘created a universal work of art that no machine may ever imitate’.

Kim Ku-lim, who daringly ran out of the museum which was restrained by certain standards or frames, presented From Phenomenon to Traces (1970), first earth art project to turn up in Korea, on April 11th 1970 at a bank next to Salgoji bridge near Tukseom island. This ‘event of fire and grass’ was staged at a bank that had an inclination of 60 degrees, and drew 5 regular triangles in lines (each side about 22m), all together reaching 100m in length. Kim put those triangles on fire, one by one, but skipping the one right after. He used a watering can to spray gasoline on the grass, and he even burned himself in fire his shirts caught on. During an interview with a weekly magazine, he said, “(I’m) an avant-garde artist who destroys art’s genre awareness. An open space, like buildings or the space, is my studio. And at the same time, I believe that such spaces are also galleries to everyone”, thus giving appropriateness to earth art. According to Kim’s logic, scope of visual art has already overcome the limits of art; modern audiences are beyond hovering around sculptures or glancing at paintings; and through destruction of forms—setting grass on fire—he showed an artistic performance that was separated from the gallery. Kim went on to define his earth art as “a new artistic method that, by expanding into an infinite space, can not rely on thoughts made by hands”. 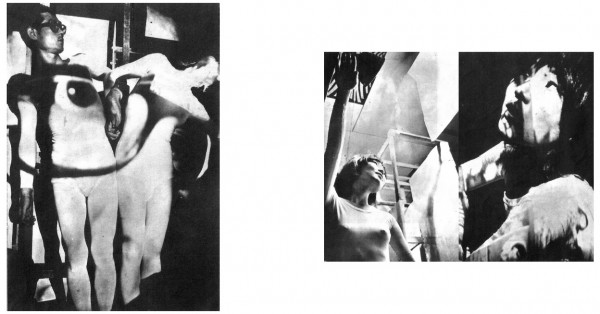 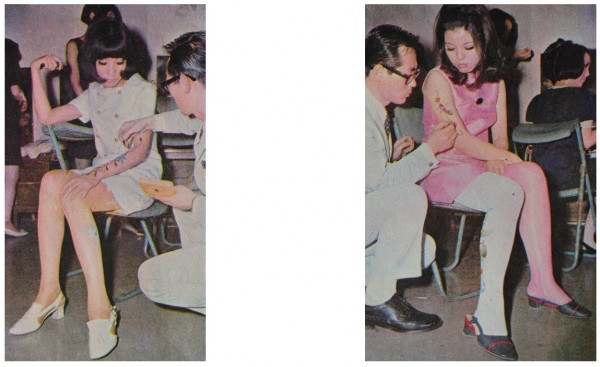 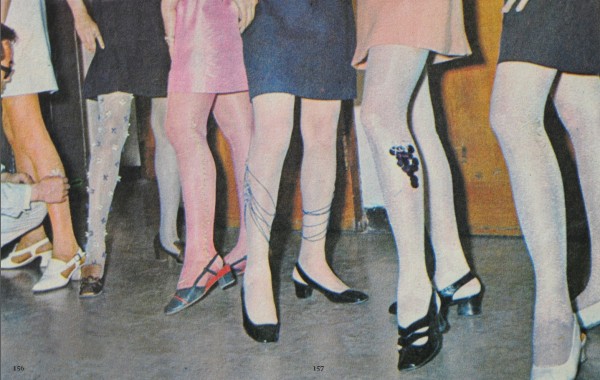 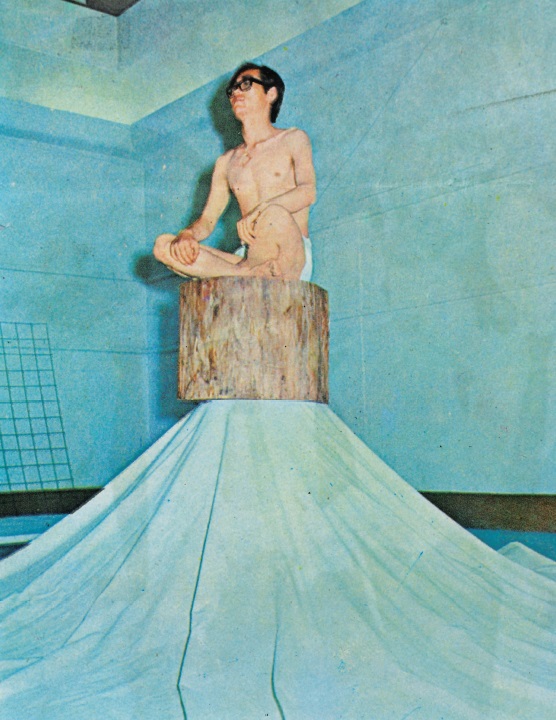 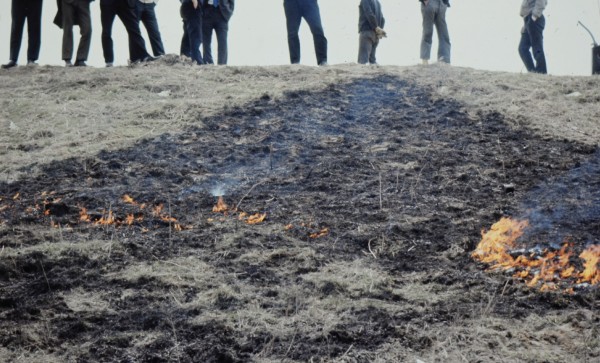 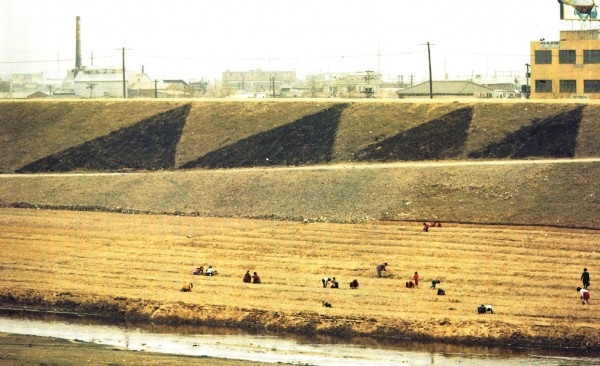