In the center of the second section of “Institute of Asian Performance Art” (IAPA) was a simple, unpolished wooden table strewn with undeterminable black lumps. These objects are remnants from a performance by pioneering Korean performance artist Kim Kulim’s Wiping Cloth (1974/2018), in which the artist uses a white cloth to clean the wooden table. In an almost magician-like fashion, the cloth slowly disintegrates and reveals more and more black lumps of dirt. Interrupting the flow of the otherwise pristine white gallery in which they were installed, these leftover objects represented the spirit of aesthetic disturbance that dominated Asian performance art from the 1960s to the ’90s. Curated by Victor Wang, “IAPA” was the most recent edition of the David Roberts Art Foundation’s “Curators’ Series,” and focused on East Asia for the first time in the program’s near decade-long history, offering a rare, multi-city transnational presentation of performance art in Japan and Korea, with satellite events featuring Tehching Hsieh and Yingmei Duan. 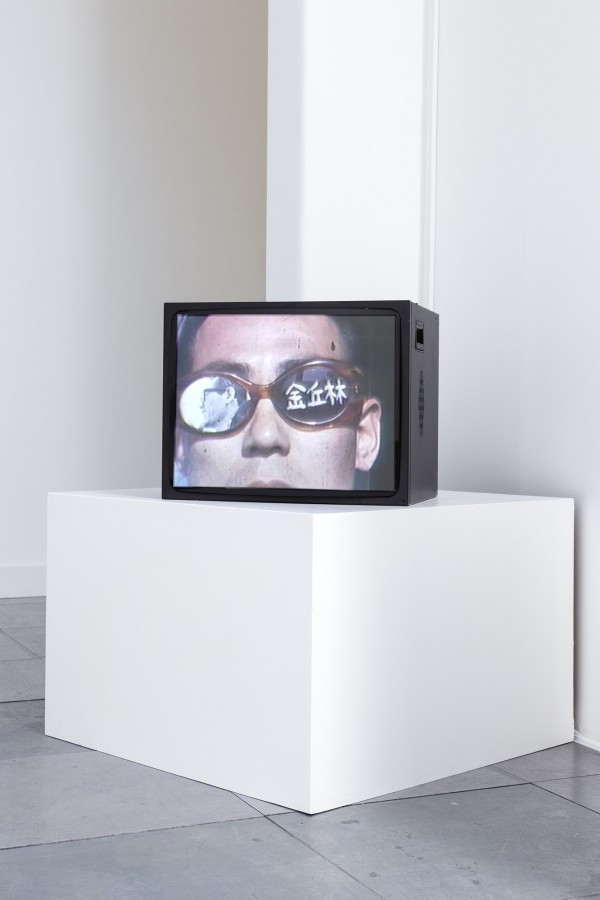 Installation view of KIM KULIM’s The Meaning of 1/24 Second, 1969, single-channel video: 10 mins, at “Institute of Asian Performance Art,” David Roberts Art Foundation, London, 2018. Photo Christa Holka. Courtesy the artist.
The exhibition was an ode to the explosive avant-gardism of that time, presenting radical performances in photographs as well as Kim’s canonical experimental film The Meaning of 1/24 Second (1969). The inclusion of
Wiping Cloth in the show was instrumental in reframing these documented performances in a contemporary context. The work was originally performed against the backdrop of increased protests against the authoritarian regime of prime minister Park Chung-hee in South Korea, due to the imprisonment of dissident students and political opponents. The censorship enforced by Park’s government is referenced in the work through Kim’s persistent cleansing and the accumulation of dirt on the cloth, while its disintegration by the end of
the performance represents the inevitable dissolution of the unpopular government. In 2018, the work taps into similar global unrest. In this vein,
one could consider the works in the show as being hyper-relevant to visitors of today.
facebook twitter instagram
Copyright © kimkulim.com. All rights reserved.